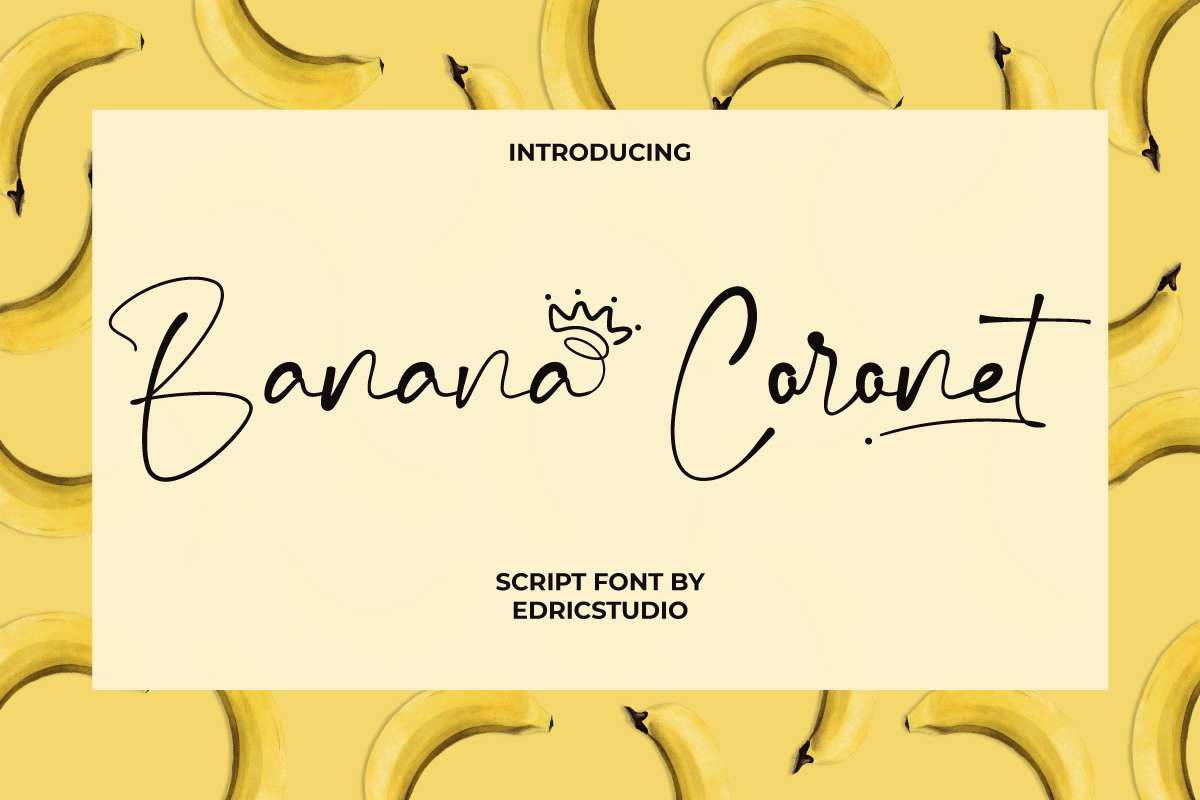 Banana Coronet Font is an elegant script font, created by EdricStudio. This typography is thin and stylish so it’s perfect for many industries, such as bakery, café, cake, cooking, fashion brand, handicrafts, homeware, pastry, restaurant, spa, and anything that requires an awesome classy look.

Here’s what you’ll get on the zip pack :

The quick brown fox jumps over the lazy dog

Download some of our exclusive Fonts for FREE Today